Badge hunting is about to get a whole lot easier!

In yesterdays world of Zwift episode the lead game designer at Zwift, Wes Salmon led us through a new user interface that will make badge hunting a lot easier. Later this week when the update is released riders will be able to see which routes they have completed and which they still have to complete. Riders will also be able to see the actual distance and elevation that the route is including the lead in. This is going to be very helpful for routes like Lutcher which has the whole KOM as its “lead in”. Here is a snapshot of what this feature will look like when you are selecting a route. Look out for a post about the update later this week! 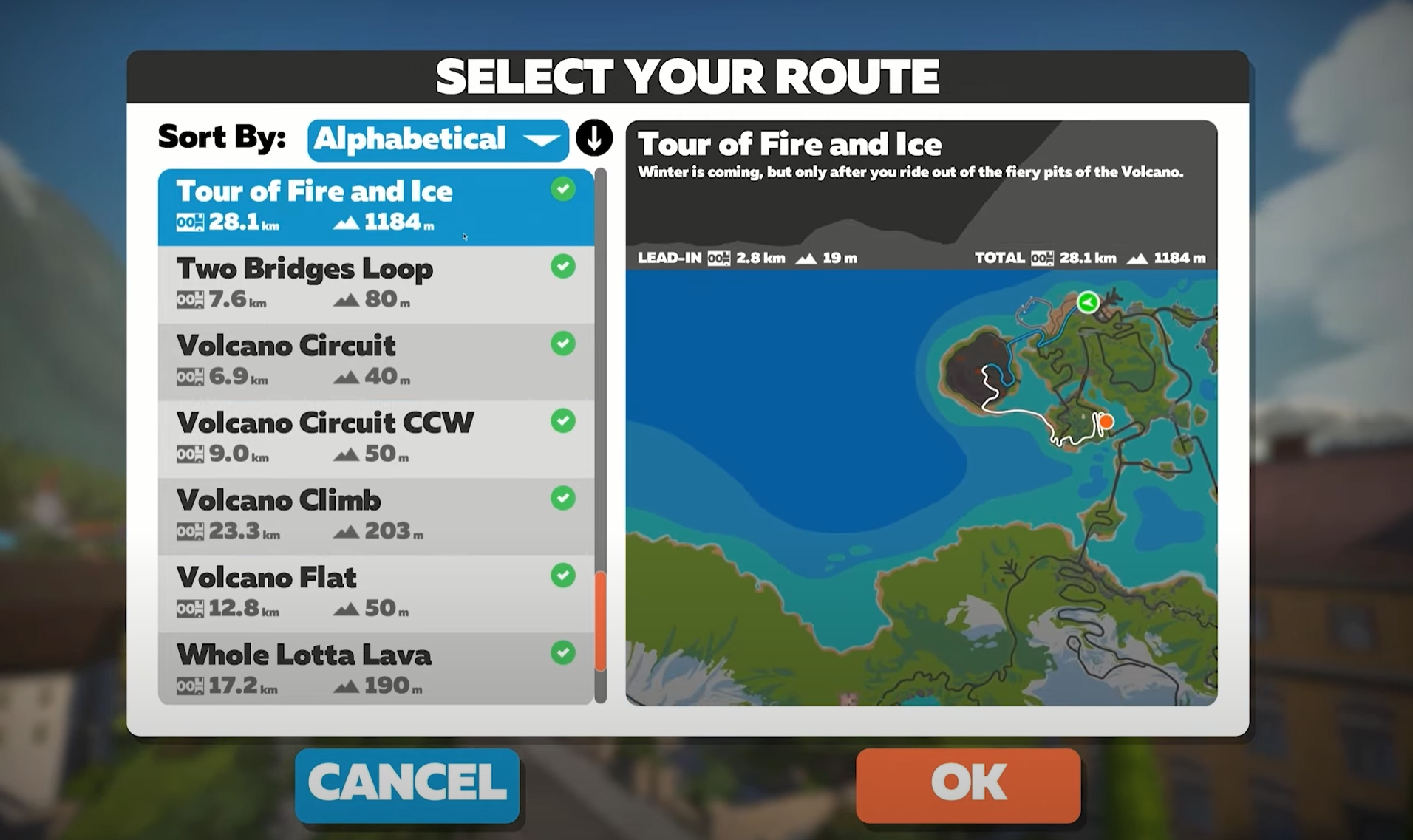