Just a few hours ago Zwift released a new update with several new features including meetup results, steering on all roads and new powerups. There were also tons bug fixes and small improvements. The one thing we did not see in this update is rowing.

Future works steering on all roads has just been released. It used to be just on the mountain bike trail, but now it is anywhere. You can now go around people and choose who you want to be next to or behind. However it is no longer controlled by the companion app. It is now controlled by a new product that zwift is now selling that allows you to use this feature. They have also said that smart bikes will have the steering option soon.This new product is available on zwifts website for $110.
Another new feature is meetup results and meetup late join. You can now set your meetup to meetup race results and at the end of the meetup you will be able to see what place you came in. Using this feature disables meetup late join to make the meetup races as fair as possible. For the late join you can now join up to 30 minutes after the meetup starts.
New powerup day! Zwift has just released a new power up that make you heavier so that you can go down mountain faster. This new powerup is event only. The featherweight power up now subtracts a certain percent of kg\’s from your weight to make it more fair.
Zwift also just released a bike. The tarmac SL7. This is one I have done an article about. It is available in the drop shop lvl 5 unlock and costs 674,000 drops. I am saving up for this bike now! Many people are currently running speed tests on it and I will let you guys know how to compares to other bikes when the speed tests are completed. 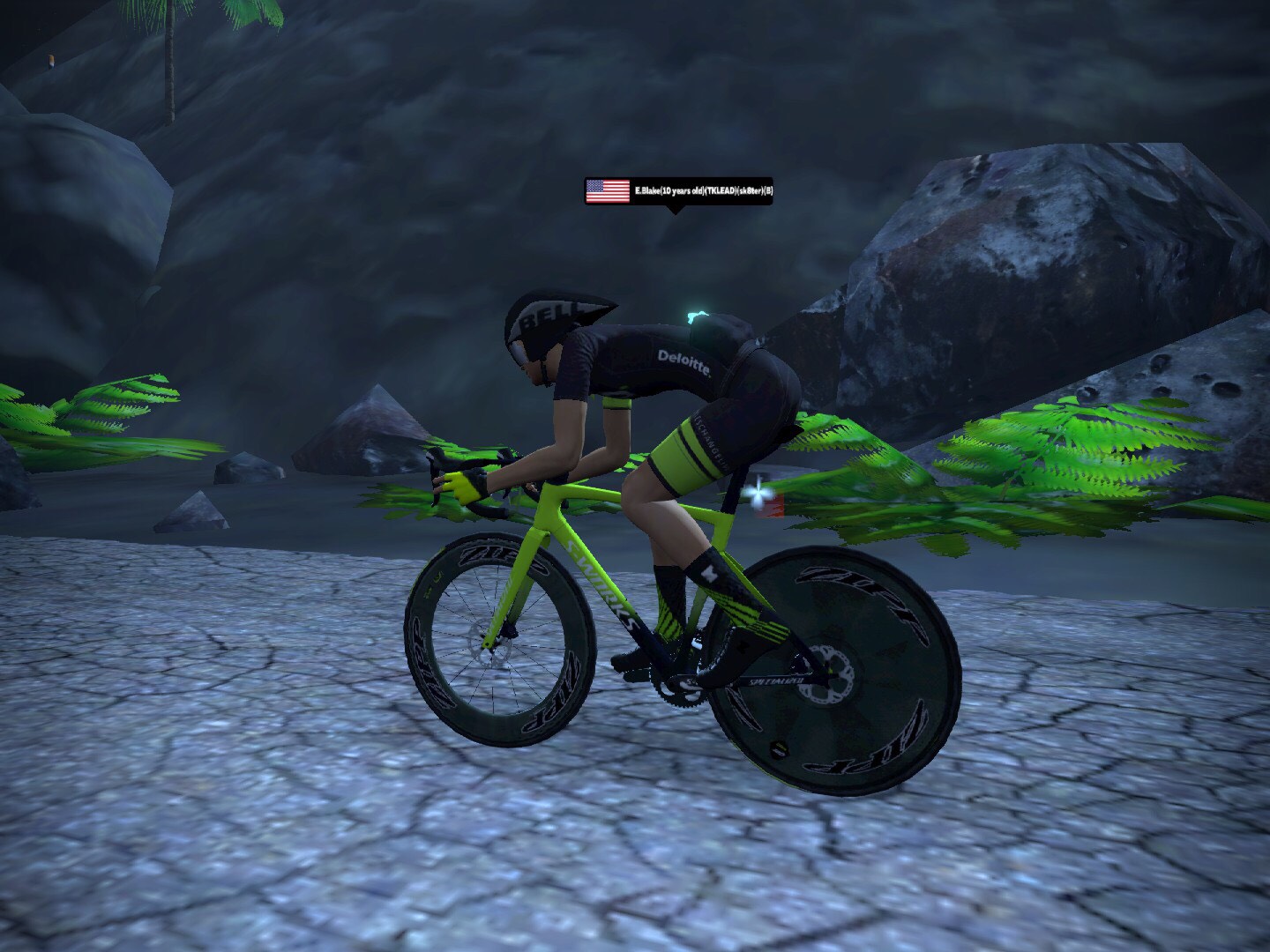 Another huge feature that has just been released is the pace partners. There are now pace partners for each category that you can ride with anytime. The pacer bots will push the pace on the climbs and slow down on the downhills. These pacers will down for fixing for a few hours each day. These bots will kinda be holding a mini group ride because other riders who join the bot will be with you. Many people expect zwift to add onto this feature soon.
There were lots of other minor details that are listed in this article by Zwiftinsider. If you scroll down to the end of the article there are details on the minor fixes. The update is out on all platforms now. Please let me know if you have any questions. Ride On!