This is the first article of a series of things that I will write about surrounding Zwift racing. These are things that I think about when I’m racing that I would like to share with the community. This article is about a Crit race that I did earlier this week.

On the final lap of the Crit race, a big gap formed, the burrito powerups completely separated the group into a group of 10 and a group of 4. I was with 4 riders, I was not sure whether they would bridge the gap, or if they would just give up and leave me sticky drafted behind them. As this moment was happening I was thinking to myself “Should I try and bridge myself but lose every last bit of energy that I have been saving to sprint? Or sit in and let them bridge?” I think that in this scenario the best option would be to just go myself. It is a risky choice as I am a very light rider, so my solo speed is not very high. I think that if the gap was 3 seconds or less the best option would just be to sit in depending on how hard the riders are working. In this case some were trying to bridge and others were starting to ease off and drop. In my scenario the gap was 5 seconds so I was worried this would end up deciding the race. 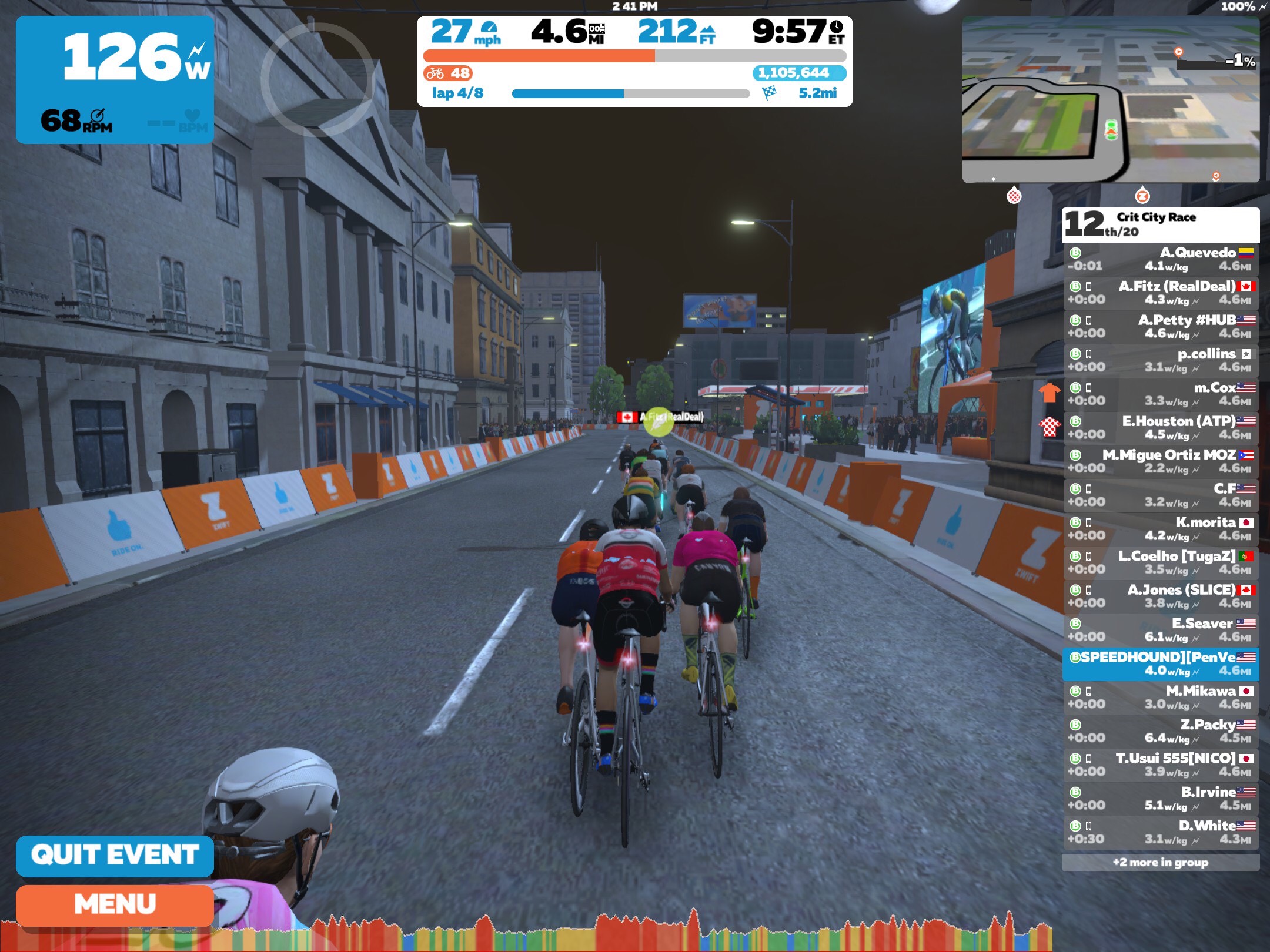 In any scenario if the gap is more than 1 second but less than 3, I would say sit in and let the others bridge back especially if you are a lightweight rider. I think that for heavier riders will likely be able to bridge as their speeds will be pretty similar to the packs speed.

After getting dropped several times and assuming that others will bridge the gap, I learned that it is worth using energy and powerups to bridge back to the main group. If riders are holding a good wpk or more than the main pack, then I wouldn’t worry about bridging as the chances of the other doing it for you are high. Taking your pulls and helping other riders to get back on is important though. Thanks for reading! Any questions or comments? Or any questions you would like me to write a post around? Leave a comment below 👇