This is the third edition of the weekly update series! Please share this article with friends and family! This is typically the largest post of the week and it usually contains the most information. This week on Zwift was very exciting for a lot of zwifters including a Zwift update, and an update that didn\’t require an update, more on that later in the article! A lot of exciting things happened in tour4kids this week so be sure to check out that section! Let\’s dig into the more interesting stuff!

This week Zwift released to new things that I will talk about more in the features section but here is a quick overview. Zwift released an update with most importantly, new pack dynamics. They later on released the return to home feature that was also very important for many users. There were also a few other perks added like what is shown in this image, a new TT bike! 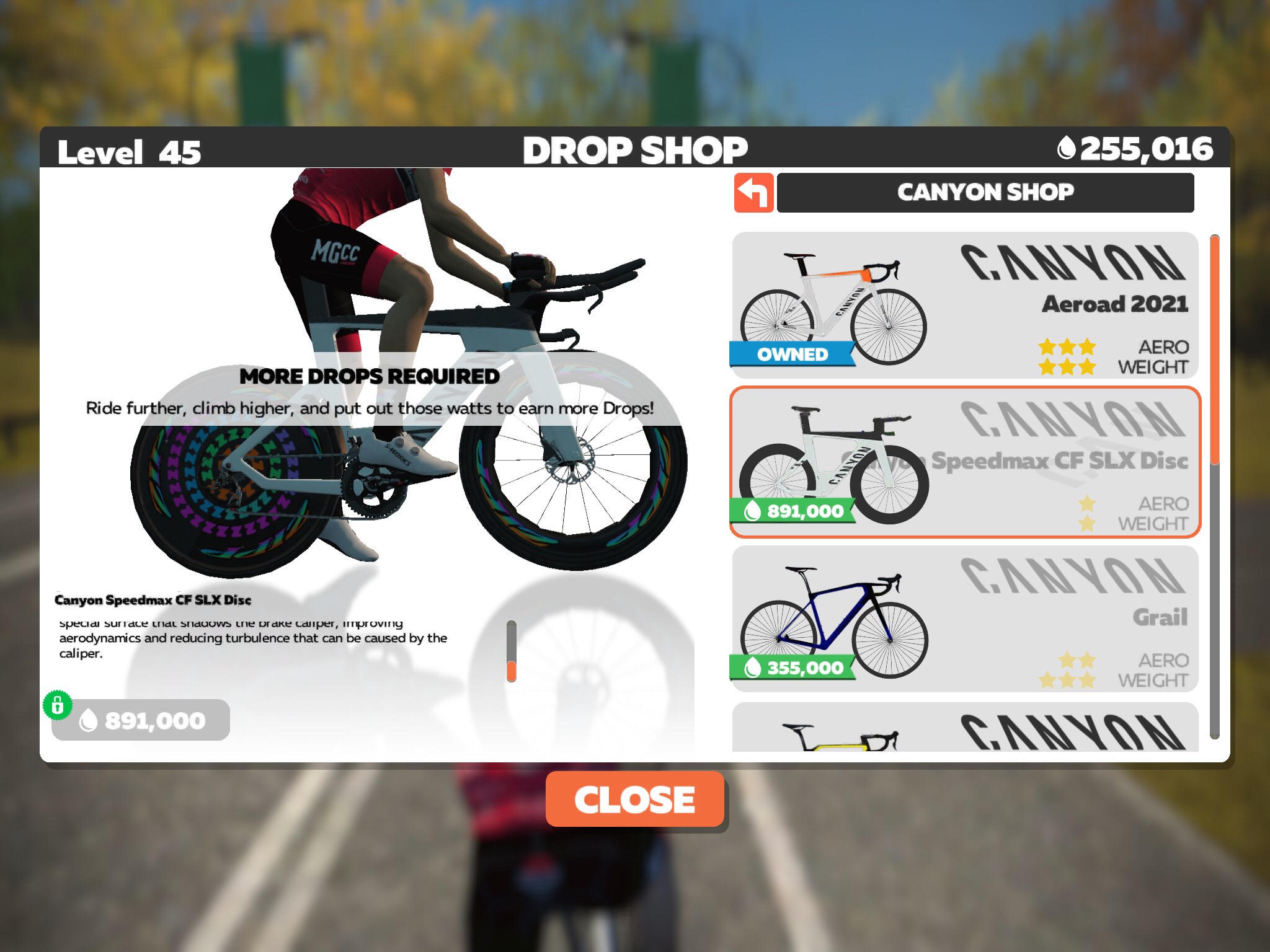 This week tour4kids saw a huge change in the leaderboards and now there are many new names in the top ten! Check out the standings for more results after stage 5! The stage 6 results are being processed right now and should be out in the coming hours!

WTRL released information on the new season of ZRL that was very popular! This season the biggest change is that there will be a limit of 12 riders per team and they will need to be added to a team roster. They will also all need to be wearing the same kit, so no mismatching kits like last season.

This week the feature will be the Back to home feature! Look out for a new post later on in the week with pack dynamics and what we noticed with it. The back to home feature is such a big deal for most users on computers because in order to change routes/worlds, you have to end your ride, then redo the whole log in feature that takes around 5 minutes, now after logging out it takes you right back to the route selection page. This feature is supposedly supposed to come out for iOS soon but it is not that big of a deal for iOS because it takes such a long process. Another interesting thing about this feature is that they added it without an update, this gives Zwift many new abilities to test out exclusive feature with only specific riders, like testing a new feature with only level 50 riders, etc. There are many videos on the new feature including one by the Zwift Race Place! Check his channel out! Here is the link to a deeper dive into the feature including a test of the feature to see what it is like. https://www.youtube.com/watch?v=ZkZzIPCGCRA 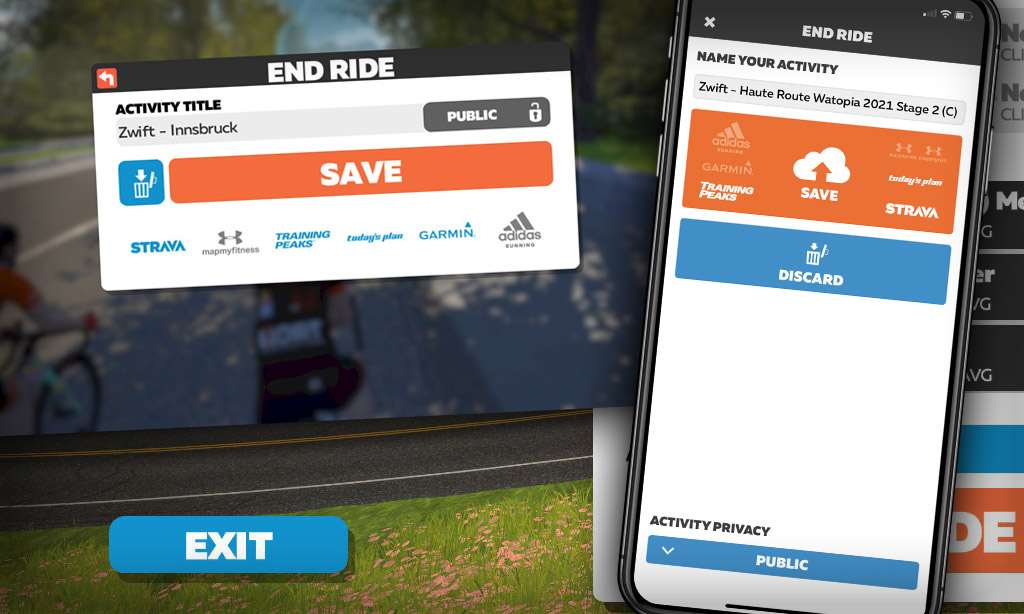 This weeks quick Zwift tip is not much but there is an exciting one in store for next week. This week\’s zwift tip is to check out the Zwift Forums. Zwift Forums is where riders from all around the world can get advice, suggest features, and solve problems together! There are many Zwift employees who post there along with some very helpful average Zwifters! This is the link to the official forums https://forums.zwift.com/.

This week I won my second zwift race! Although it wasn\’t a sprint off, I did still win! I am also thinking of moving up to B pretty soon but still racing some C races depending on how competitive the race is. This was the 3R watopia flat route sprint race. I hung on to the B\’s and A\’s until the final mile where I got dropped and had to hold off the chasing C riders. I did another C category race and got 4th while setting a lot of achievements! I did one other race that week (a lot of racing this last week), didn\’t do so well for that race, got 9th partially because of fatigue and also because it ended on a downhill sprint. 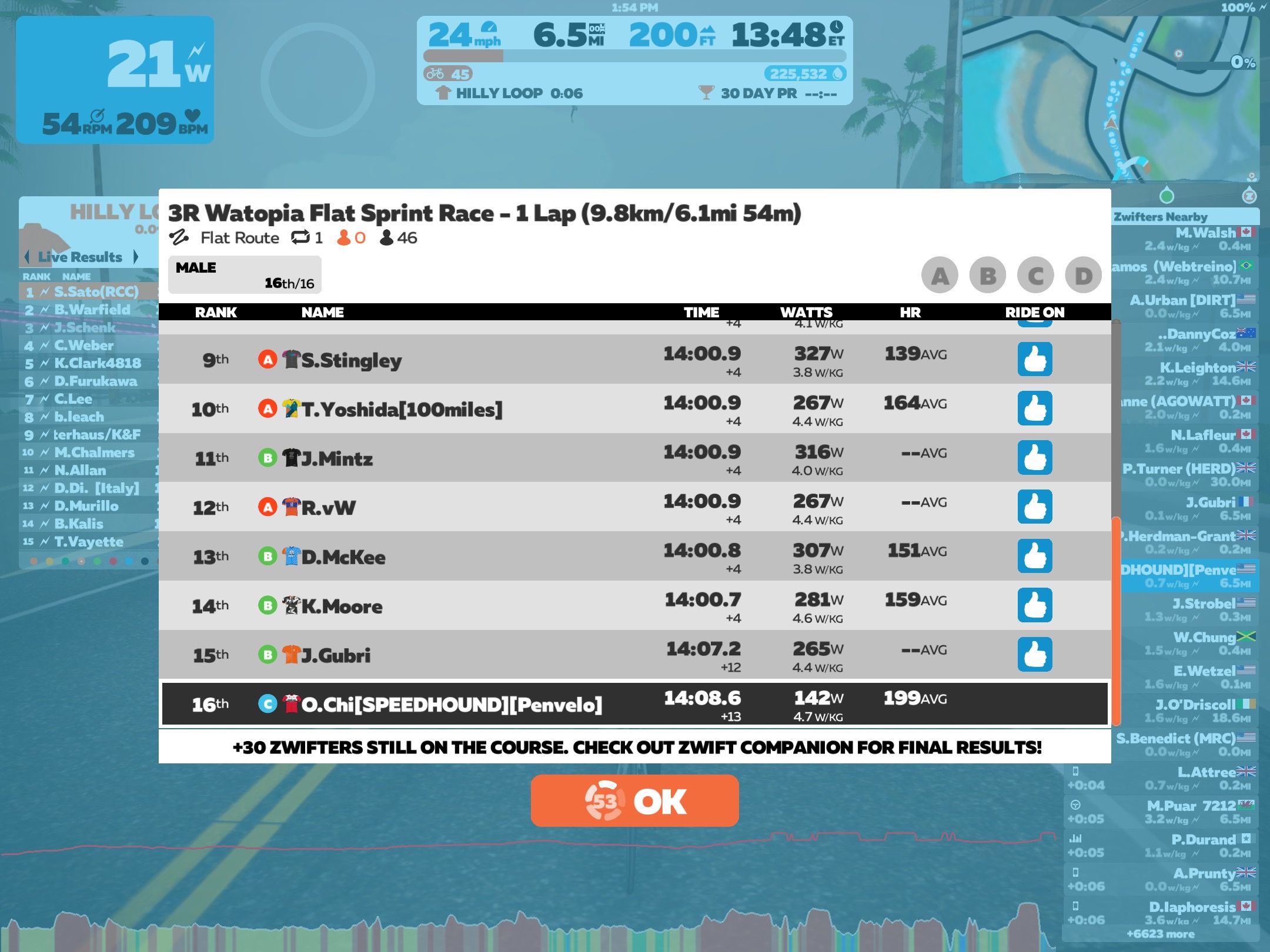 Thanks for reading this weeks Zwift update and check back soon for some more posts! Any post recommendations, feedback, or anything at all leave a comment and I will be sure to reply!