Last week there were around 5 posts added to the blog, I have 3 more planned for this week but there will likely be a few more. This week we have some exciting news for Zwift, we got an update last week containing a cool new feature, and a quick zwift tip on how to activate the new recently added!

Zwift related news
Zwift announced a partnership with the Olympics which will take place on June 1st-27th, likely on a new Tokyo course that has been rumored this week on zwift insider. If a new workd does get released we will likely see it in late May. All riders will be able to participate in the new series.
Vox women has just announced that they will be doing another one of the Vox tours. This tour is 3 stages with recovery rides in between each workout paced at 1.5-2. There will be more information released shortly in a separate post but we do know that there will be an open category for all genders and one for women only. Complete any ride and you will unlock the new kit! The workouts are all designed by professional riders such as Tanya Erath, former Canyon rider. 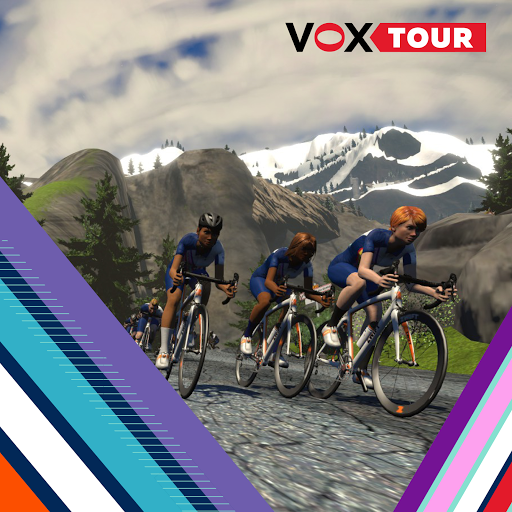 Features
This weeks feature is not really a feature but just some more information that I forgot to include in the post about the Zwift update this week. Earlier I was browsing the drop shop, looking at all the frames. Then I noticed that the S works TT bike had a new paint job called the Tri paint job. It is a really cool looking paint job, the paintjob is free as long as you own the bike. With the recent news of Zwift announcing that they will be doing the e cycling Olympics, many zwifters began to predict that Zwift might release the Tokyo world that was rumored last year. Zwift has also stated that they will be releasing something Fresh and New that all Zwifters will love. All Zwifters love new courses, so could we be getting a new world in May? Stay tuned to find out more! 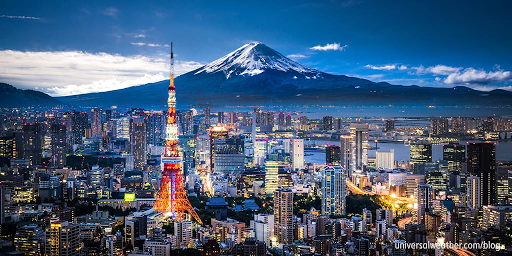 Quick Zwift tip
This weeks quick Zwift tip is around the removing the HUD feature. The HUD is the heads up display, all the data that is usually shown on your Zwift screen. Turning it off allows you to enjoy the scenery of the world of Zwift and focus more on the small details of your favorite routes rather than being data oriented. For a step by step tutorial go to https://zwiftinsider.com/. What do you think about this new feature? Are you going to try an FTP test without looking at your data? Let me know what you do with this feature, what you like about it, and what you dislike in the comments! 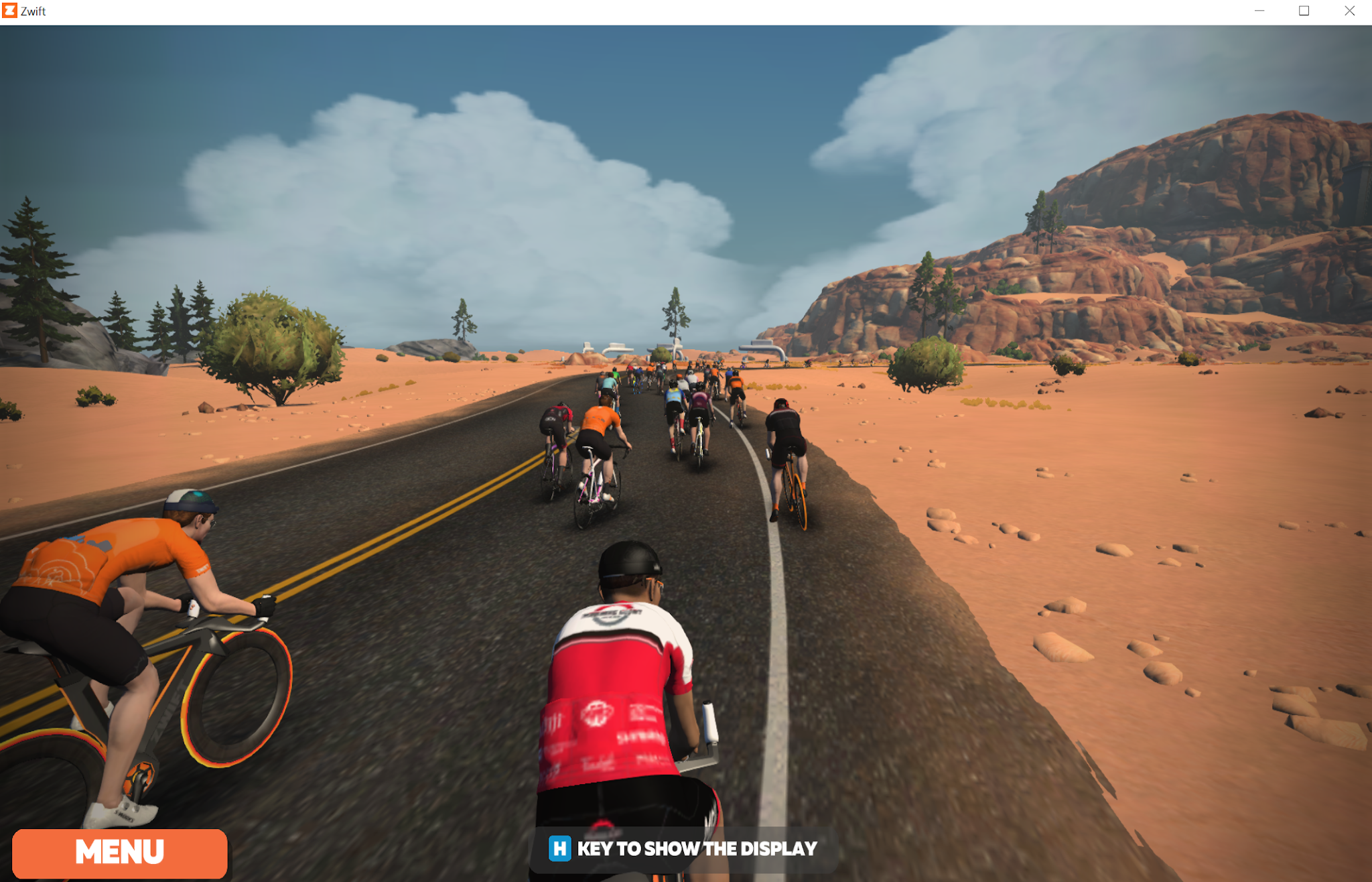 This week I did Zwift Racing League as usual, I got destroyed like every single one of the sprints but I managed to catch back up once the group slowed after the sprint. Coming into the final stretch it was a group of around 10. I ended up getting 2nd to another really strong rider who has back to back wins so far this season. Another one of my teammates got a bunch of sprint points and 4th place! Even though we got a DQ on the first race we are slowly clawing our way back up in the GC. I hope you enjoyed this post! Stay tuned for more posts later this week! 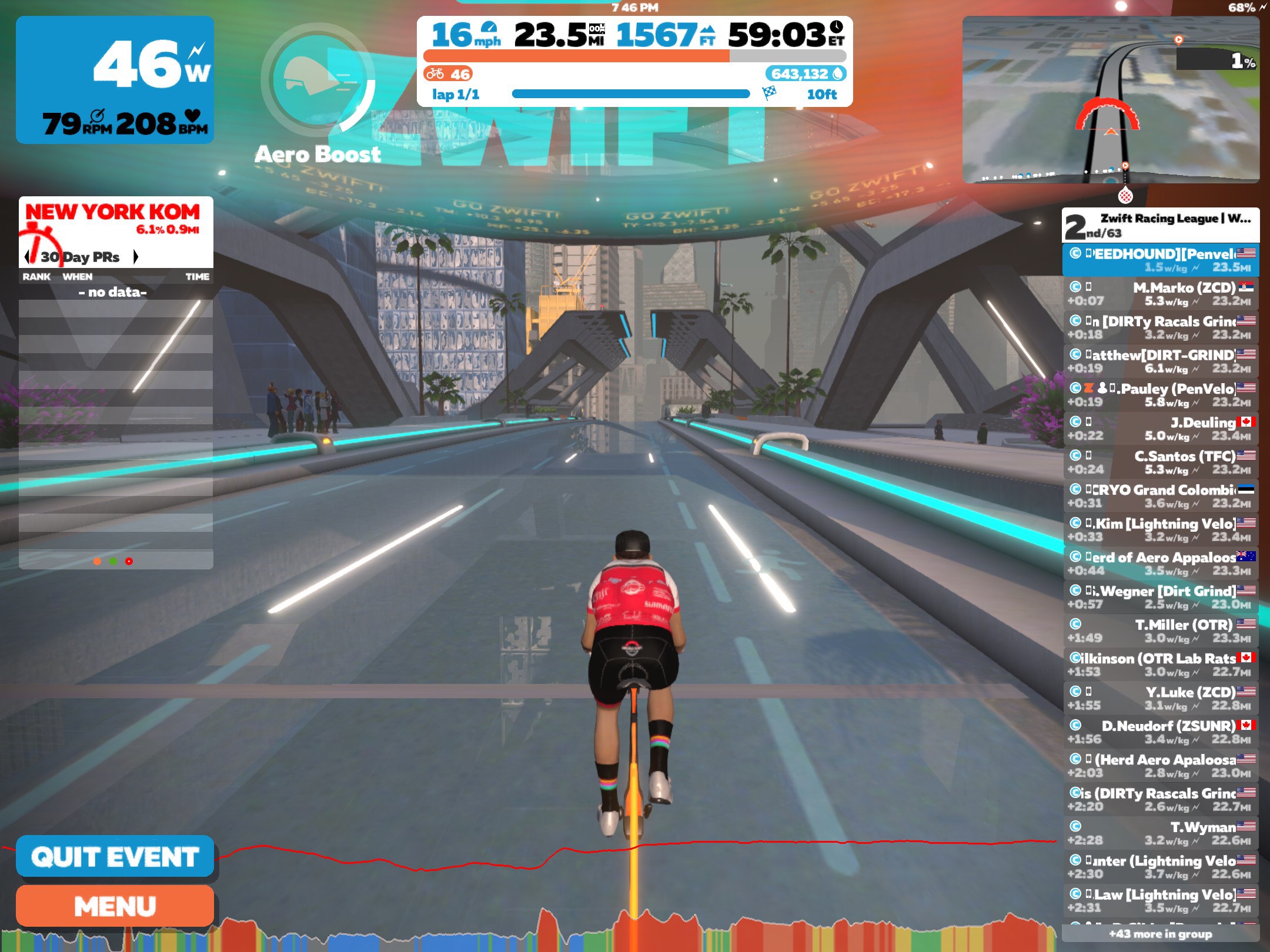 No, I dont think so…